A social-housing apartment that stood empty for five years is becoming a family home again, after being refurbished for a Venice Architecture Biennale show.

The Unfolding Pavilion was a week-long exhibition inside a triplex flat in the Giudecca Social Housing Complex, which was built by Italian architect Gino Valle in 1986.

The Unfolding Pavilion was a week-long exhibition inside the Giudecca Social Housing Complex. Photo is by Tibor Bielicky

The flat was in a state of disrepair ahead of the exhibition. But now the show is over, it is being returned to a habitable state. This means it can once more be let out as social housing.

According to exhibition curators Daniel Tudor Munteanu, Davide Tommaso Ferrando and Sara Favargiotti, the apartment is an example of the many social-housing properties in Venice that are not being used, even though they only need minor repairs.

This is despite Venice being one of the world’s most expensive cities. 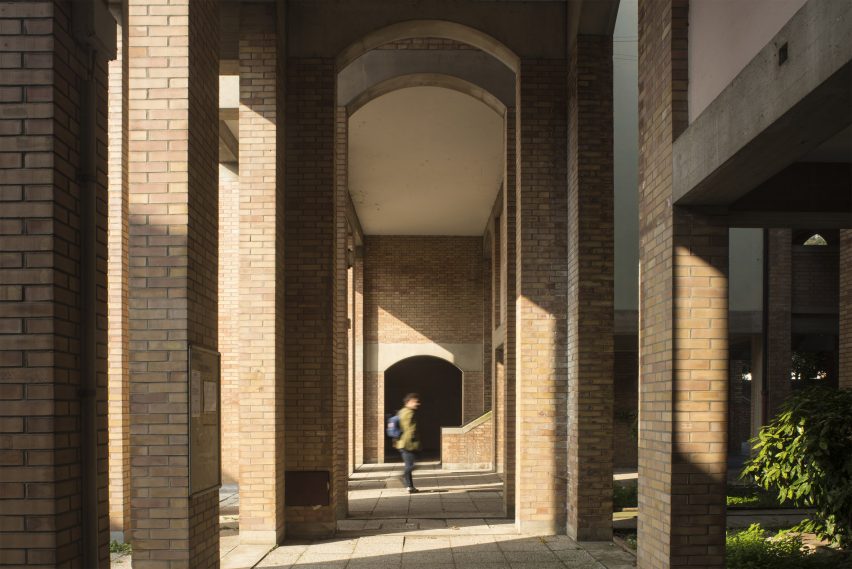 The complex was built by Italian architect Gino Valle in 1986. Photo is by ZA2

“We discovered that, from the 94 apartments that comprise the complex, nine – so basically 10 per cent – are empty,” Tudor Munteanu told Dezeen.

“Because the company doesn’t have the money to refurbish the apartments, they basically closed the door.”

“But to just close the door to local social housing of this quality is simply illogical,” he said. “So we made this deal – we have the apartment for two months but we have to refurbish it from our own funds.” 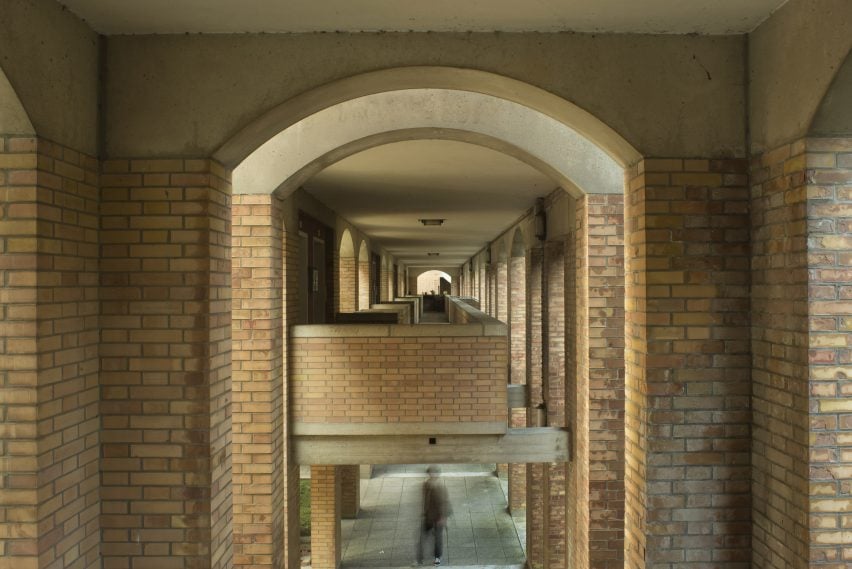 According to the exhibition curators, 10 per cent of the flats are currently unused because they need minor repairs. Photo is by ZA2

The group managed to complete all the necessary works for €7,000, approximately £6,200, by carrying out some of the labour themselves.

The see the project as an example of how costly exhibitions, particularly those staged for the Venice Biennale, can also have a social impact.

“Why organise an exhibition in the Giardini, behind the paywall?” Tudor Munteanu added. “All the architecture exhibitions in Venice happen in these big important palazzos. But here we are really exhibiting architecture.”

“We bring a social value to it because it’s not just money thrown away for vanity. It will really make a difference.” 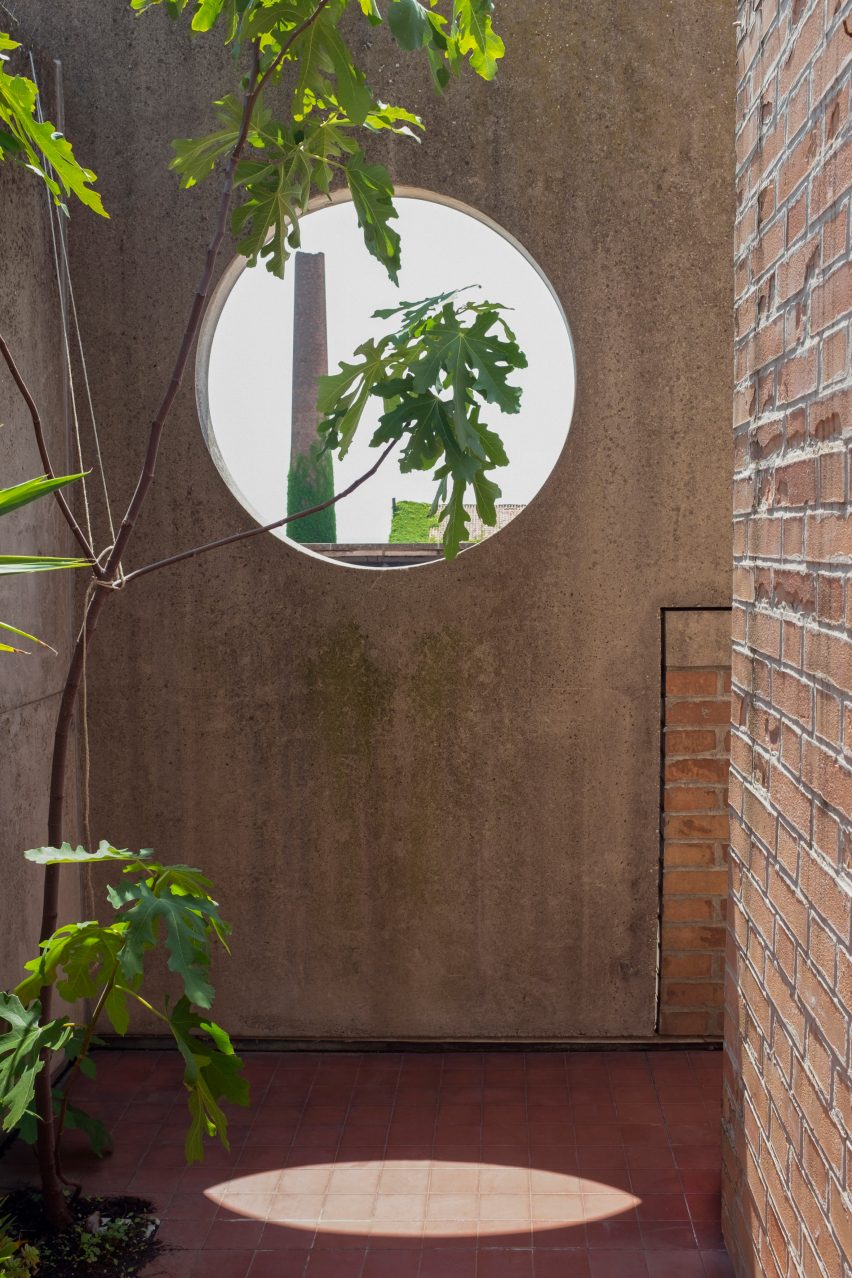 The exhibition took place inside a flat that had stood empty for five years. Photo is by Atelier XYZ

The Unfolding Pavilion was only on show for the first week of the Venice Architecture Biennale, which opened to the public last month and continues until 25 November.

The apartment and public spaces of the estate were used to host a three-day programme of events, including a round-table event and aperitivo with residents and architecture experts. 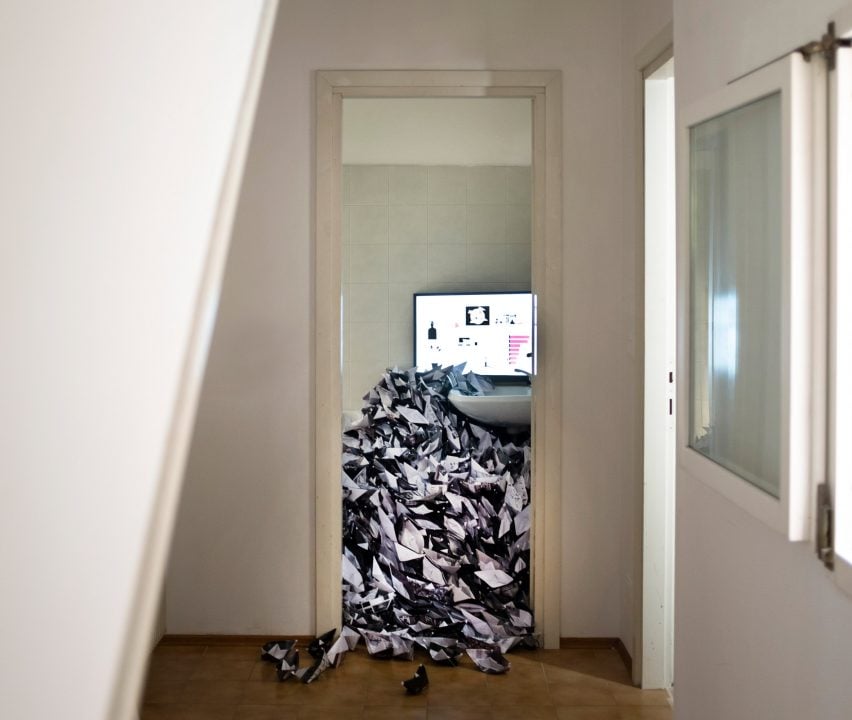 The apartment and public spaces of the estate were used to host a three-day programme of events. Photo is by Atelier XYZ

The exhibition itself saw rooms of the apartment transformed by a group of Italian architects born in the 1980s, who created wallpaper, furniture, drawings and installations based on the Giudecca Social Housing complex.

Valle’s original drawings and a model of the estate, which was built in the early 1980s were also included. 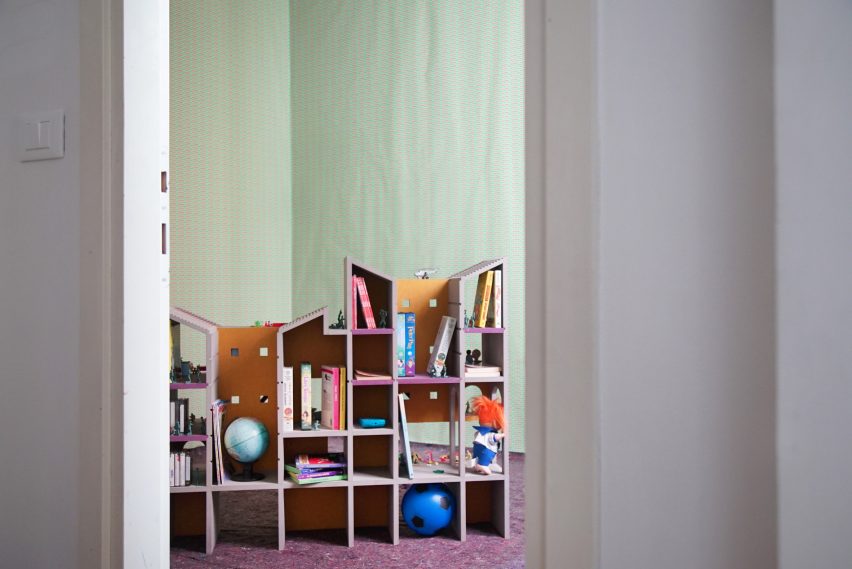 Rooms were transformed with wallpaper, furniture, drawings and installations. Photo is by Atelier XYZ

The apartment has now been returned to the housing organisation in preparation for a family to move in this August. However the eight other empty apartments in the estate remain unlet.

The 16th Venice Architecture Biennale was curated by Irish architects Yvonne Farrell and Shelley McNamara. In an interview with Dezeen, the pair explained that this year’s theme, Freespace, aims to shine a light on how architects “give something back to the places that we’re inhabiting”. 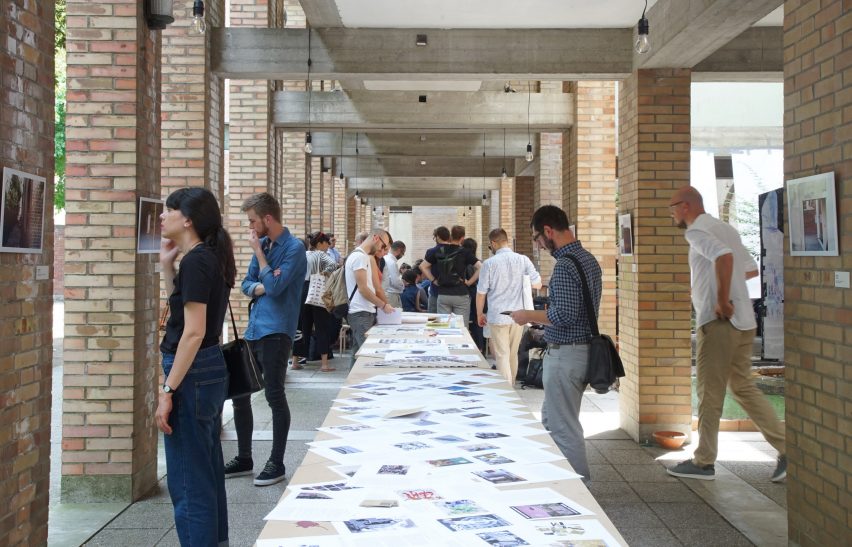 Now the exhibition is over, the flat will once again become a family home. Photo is by Atelier XYZ

Other housing-focused exhibitions at the biennale this year include Robin Hood Gardens: A Ruin in Reverse, which calls for a rethink of the way social housing is created.

The Unfolding Pavilion also focused on housing for the past edition of the biennale, when Daniel Tudor Munteanu and Davide Tommaso Ferrando offered visitors a glimpse inside Ignazio Gardella’s Casa alle Zattere, through the unorthodox method of renting an apartment on Airbnb.